A day in the life… 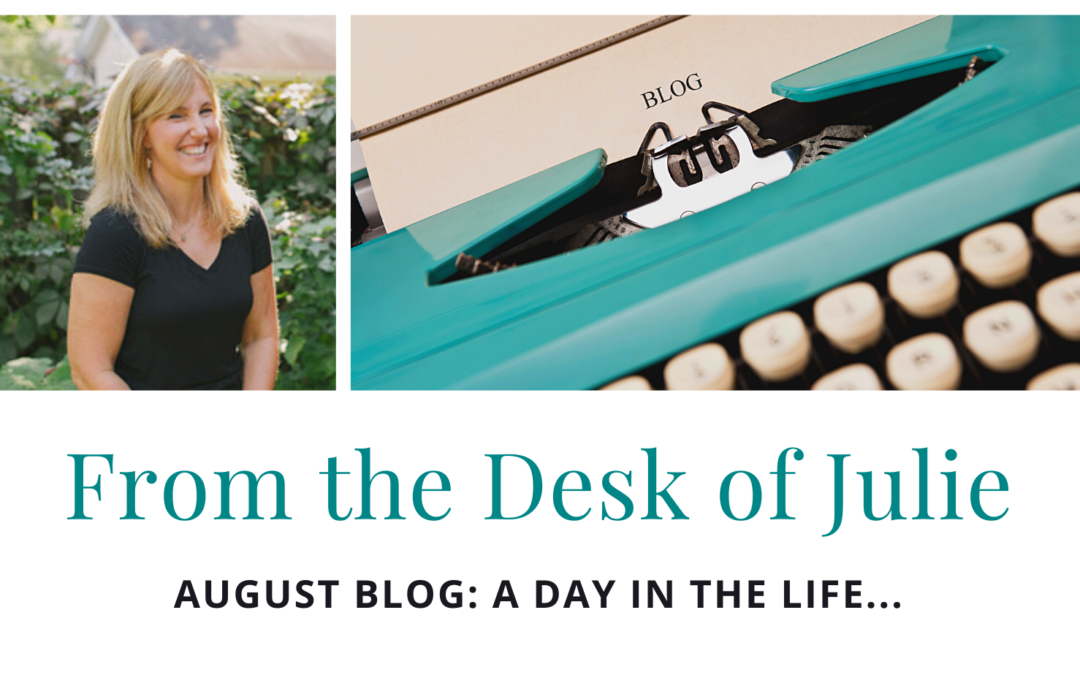 Sorry, no pretty pics to share here. Just a real life sales call (but maybe animals, location, etc changed to protect the identity of said animals and their owners) in the not so glamorous side of staging.

In the early years, (alright let’s be real and even nowadays), the feeling I get when the phone rings is my heart doing a little flip every time! So, several years back, the phone rings. I pick it up in anticipation of a potential seller believing in the power of staging. I answer, excitedly saying, “Hi, this is Julie” (not knowing a better way to answer).

The potential staging client explains that she is ready to put her house on the market (YAY). Those are “jingle bells” to my ears! She asks when we are available to come look at the house? Not wanting to sound too excited and say we are already on the way, we scheduled a site visit for the next morning.

Carol Ann and I meet the next morning, dressed in our Staged to Sell uniforms: white monogrammed shirts with our black shorts. Feeling pretty professional and knowledgeable, we head somewhere in North Georgia (an area withheld for all kinds of reasons). We talk about our game plan on the way there: what to say, what to charge, and when to schedule the staging we just know we are going to get.

We pull in the driveway and start talking about the pros and the cons of the curbside appeal, as we always do. We park and practically run/walk to the front door. We are scaling the steps of the porch and immediately smell cigarette smoke: RED FLAG #1! We ring the doorbell and hear the footsteps of the homeowner (we are like, act cool, like you have done this a million times before). We then nearly fall over each other getting in the door as we introduce ourselves. We shake hands and the smell of smoke and something much worse reeks at the front foyer area. We are thinking that is the worst smell ever until we start down to the dungeons of hell…

As we enter, we practically walk into a sofa in a place that really is not a room; it is a foyer and not one with room for a sofa. The house is dark and it is daytime: RED FLAG #2!  We asked if we could turn the lights on. Immediately, we wished we had not asked that crazy question. As the lights slowly brighten, we see what eyes can not unsee. The clutter we are used to (that is in most homes and really no biggie), but the plops of brown all over the floor made us get closer to the floor to see what it is. Big mistake and RED FLAG #3! Plops of poo EVERYWHERE. Picture eyes wide open and shoes stepped in the middle of it. There was no safe place to step. Carol Ann and I made eye contact, which we knew was a mistake (eye contact for us could mean loud chuckles of disbelief). 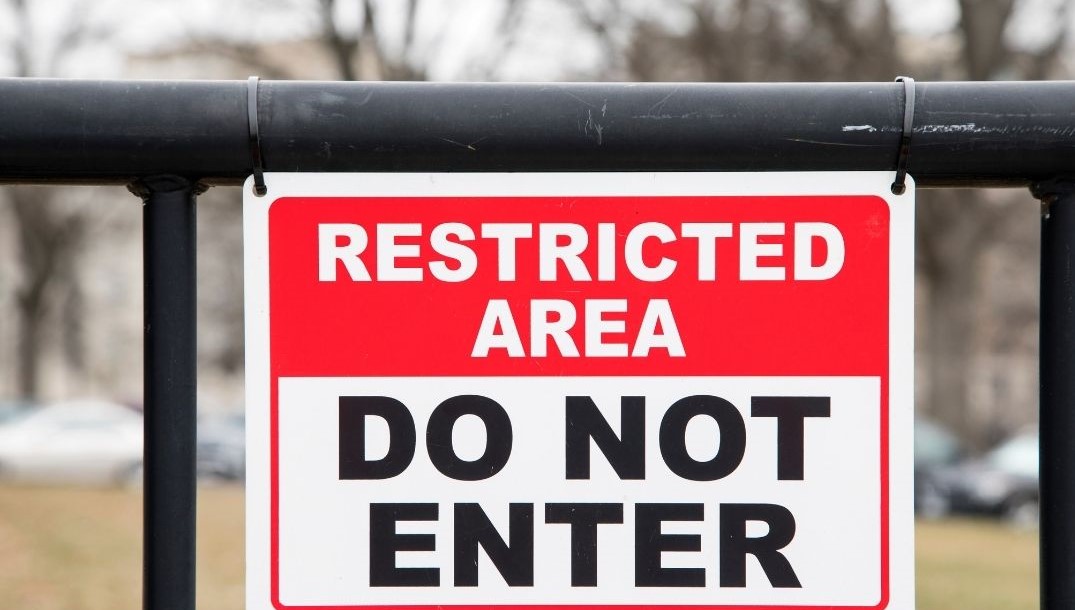 You would think that we would have turned around, thanked the seller for her time and left, but no, (dang it) we are going to make this house a marvel for all to see: look what Staged to Sell can do! We traipse further into the house while the homeowner is giving us a tour, without hesitation and no thought to the fact that we are walking with the squishing sounds of animal poo. We take a hard left into the living area and then RED FLAG #4 appears before us: a gigantic aquarium with the blackest water I have ever seen, yet the owner was gushing with pride over the aquarium. While I, on the other hand, was afraid for the fish, if alive. The owner said they were in there, but to this day, I can’t confirm or deny this claim, because I could not see them.

Meanwhile looking around, I begin to wonder where Carol Ann is; I’m beginning to think she disappeared from this nightmare. I was left alone with the homeowner. Little did I know, while I turned my head for one second and the looked back at the homeowner, that I would be viewing her exposed backside. While I wanted to scream and run, she wanted me to see the spider bite that she received, in her bed the night before. I didn’t want to look, but I couldn’t help it; it was a train wreck at this point. I was thinking we are never getting out of here. Meanwhile Carol Ann was on the loose taking pictures in other parts of the house.

Still touring alone with the home owner, all of a sudden, we came upon the kitchen where utensils were scatter all over the floor. As I’m thinking what the…out of nowhere, I hear a crow. I thinking, was that a rooster? Now I am basically a city girl who married a country boy. I never knew that roosters crowed not just one time and not just in the morning. I learned otherwise that day and then saw RED FLAG #5! When I rounded the corner from the kitchen to the hallway, to my amazement, there was a rooster, in a cage, in the hallway! Astounded at this sight, and even more so at the sight of the rooster having nowhere else to poo but on the hardwood floor beneath its cage, I’m thinking we need to get out of here now. I FINALLY made contact with Carol Ann and I pleaded, “we NEED to leave.” I have seen more than I ever wanted to see. Always the optimist, she needed to get pictures of one more room. That would be the master bedroom and we would then be equipped with the information we needed for the quote.

Carol Ann asked where the master bedroom was. The homeowner, pointing, said it was behind the closed door. Well, that was all I needed to hear to say, “Nah we are good.”  But did we say that? Nope, we told her we needed pictures to give her the quote. Her response was RED FLAG #6: “My pet squirrel is sleeping; he always sleeps with me.” Said squirrel is also the little monster that left all of his droppings throughout the house. I almost burst out laughing at this point. Trying to hold it together, I anxiously wait while the seller explains that her husband sleeps in the extra room due to the squirrel needing the luxury of the master bedroom. At this point I’m thinking, “are you sure that is the only reason and did I say that out loud?” The seller would only allow us to photograph a small portion of the room, so as not to disturb the sleeping squirrel. Carol Ann, still working, got her quick picture of part of the room.

Thanking the seller for her time, we politely bolted from the house. We nearly ran over each other to get to the car. Pretty sure we burned rubber out of the driveway. We decided we needed to disinfect ourselves, so we ran to the closest store and bought Lysol and sprayed ourselves, head to toe, right there in the parking lot. We did not care if anybody in the parking lot thought we were nuts. This was pre-Covid by many years and nowadays you might not be so surprised to see those actions in a parking lot!

In the end, we knew we would have transformed this home, but even early on, we understood the parameters of the homeowner and their ability and/or desire to complete any lists. Additionally, farm animals and our inventory don’t mix well. Yes, we love our job, but when people say to us, “oh how much fun to go through pretty houses all day long,” we just sigh and try not laugh as we recall this tale from our early years on the job.